We've finally done it! Through massive help on @Leaky's side, we managed to successfully create the secondary TS, and it is currently an almost exact replica of our current teamspeak - with everyone's groups and permissions successfully replicated on the second TS (mostly). Let's talk about what's different and what all this means!

What we didn't manage to transfer over:

Overall, the new Teamspeak looks exactly the same as the OC one. The only things we weren't able to transport over were: 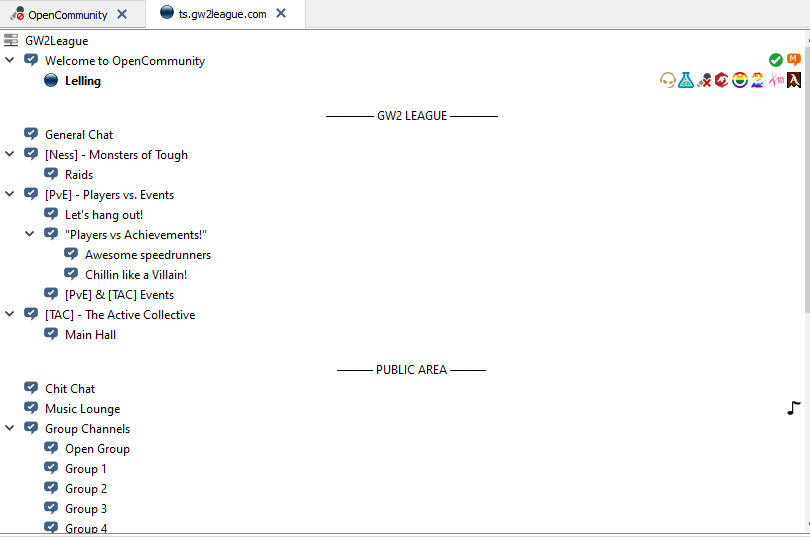 Otherwise, pretty much everything has been transferred over - including everyone's supporter groups! The only work to do now is to change any sentences referencing OC to GW2L, and maybe doing some rearranging.

So what does this mean?

This means we're ready for the move of public & guild channels to GW2League!

I've already put up an announcement for people to use the nickname "GW2League" when connecting to the OC TS - this nickname will be redirected to the GW2League teamspeak in 2 weeks, so for users, not much should change and there should be no interruption of service!

I'll be writing a full announcement with more details about the move on the announcements blog on this website about it soon (today or tomorrow at time of writing), and we'll have a Community Assembly on February 29th, but I just wanted to get this info out first!